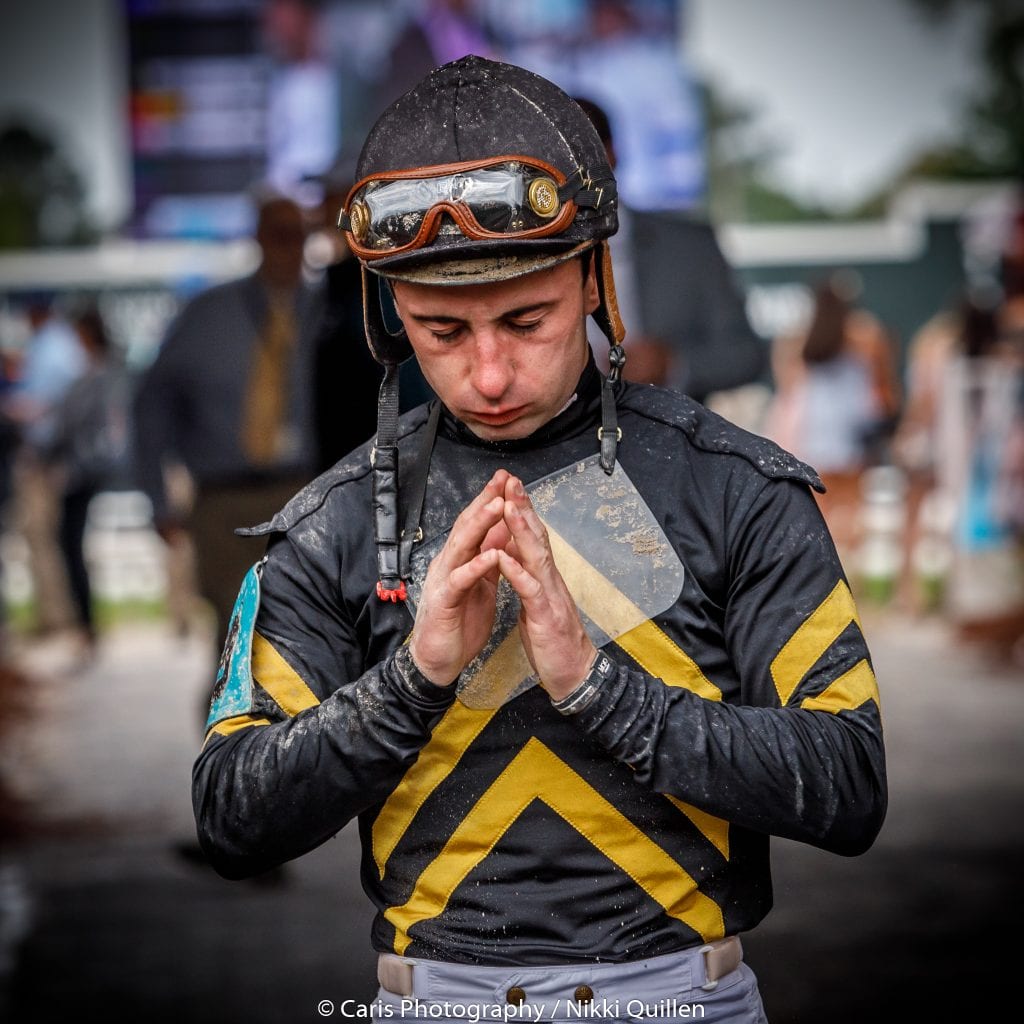 The hot shooter angle is a popular theory for March Madness bettors who are looking to cash tickets on teams whose offense is firing. The basis of the underlying bet being that the previous success of a team, or a particular player on the team, will carry over into the next game.

Such sentiment is not exclusive basketball and might be aptly applied to the racetrack. This week, the StableDuel team examined the Tampa Bay Downs charts from the week of March 13 in search of the “hot shooter” and found some interesting stats.

From a total of 7,350 possible points, the top five point earners were:

The average post-time odds and salary for each jockey were:

Don’t have time to cap the whole card? Still haven’t gotten that deep into the PP’s ? See what you can do with these added stats. Good luck!

StableDuel Tampa Bay superstar jockey Madeline Rowland has racked up 370 StableDuel points, accounting for an average of 5% of the total points per day, in the last week. Her stats, good enough to put her in the Top-5 of the jockey colony, are even more remarkable considering the average salary of her mounts – $500, at an average post time odds of 14.64-1.  In terms of cost per point, Madeline’s points are among the most valuable that players can win.

Madeline’s StableDuel success is even more noteworthy when you understand her story. She is 18-years old and an apprentice rider. Apprentice jockeys, because of their relative inexperience, receive an allowance off the assigned weight their horses must carry in a race, starting at 10 pounds off. Once an apprentice jockey reaches five victories, the weight allowance is reduced to 7 pounds, then to 5 pounds after an additional 35 victories.

As the daughter of the late steeplechase rider, Paul Rowland, and Jodi Rowland, a former groom for Michael Dickinson, riding is in Madeline’s blood. She began her career as an exercise rider for Elizabeth Merryman at Fair Hill Training Center, in Elkton, Maryland. Madeline’s first win came aboard Sancocho, on December 10, at Tampa Bay Downs. Before her first win, Madeline rode races at Delaware Park, Laurel Park and Penn National Race Course. In addition to riding professionally, Madeline is a senior in high school and completing her classes online.

Although young, Madeline has developed a reputation for her commitment, work ethic and mental toughness. StableDuel is rooting for her.