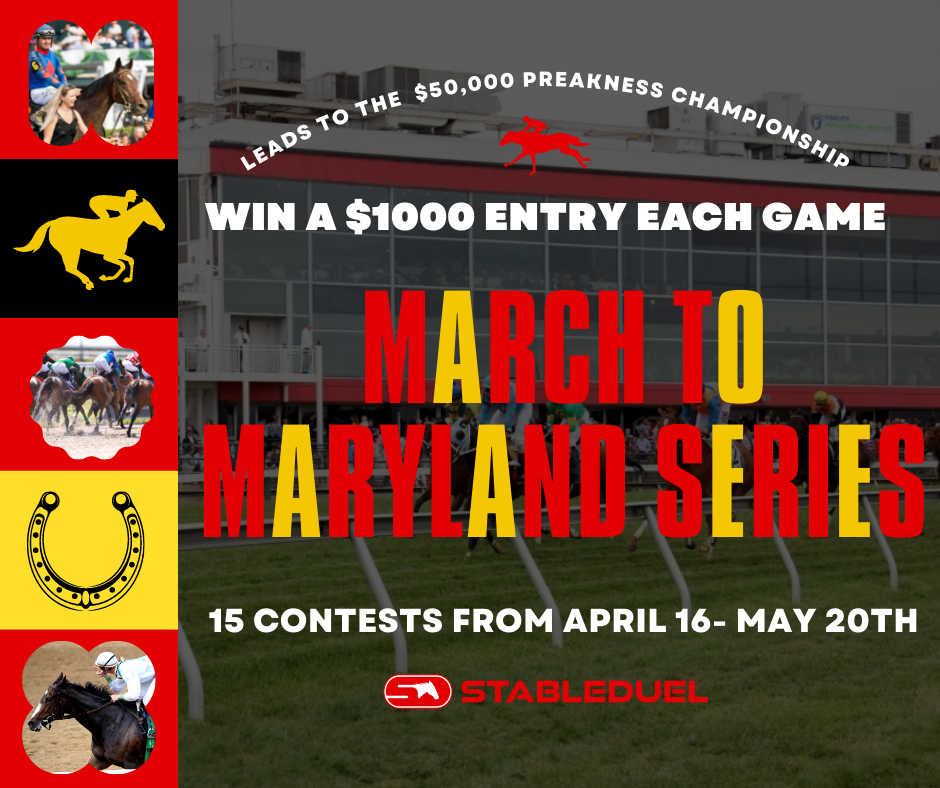 The first Saturday in May and you know what that means. Excitement is beginning well up here at StableDuel and all over the world. One of the most anticipated races of the year is right around the corner. That’s right! It’s almost Preakness day!

Traditionally held on the 3rd Saturday in May at Pimlico Racecourse in Baltimore, Maryland. The Preakness Stakes is the second jewel of the Triple Crown, bookended by the Kentucky Derby and Belmont Stakes. The 1 3/16 mile race is limited to 3-year olds and open to members of both sexes (colts – who are male; and fillies – who are female.) Interesting fact, colts carry an assigned weight of 126 pounds, but fillies have to carry only 121 pounds. We’ll leave question and comment about equality and ability of the respective sexes to people more interested in such folly, for now. 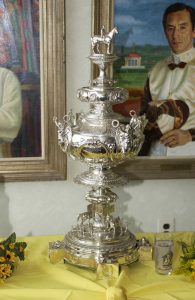 Some of the most interesting Preakness customs relate to prizes (other than cash) awarded to the winners. First and foremost, the winning horse is draped with a blanket of Black Eyed Susans, which is the Maryland state flower. As soon as the Preakness winner has been declared official, a painter climbs a ladder to the top of a replica of the Old Clubhouse cupola. The colors of the winning owner’s silks are applied on the jockey and horse that are part of the weather vane atop the infield structure. The practice began in 1909 when a horse and rider weather vane sat atop the old Members’ Clubhouse, which was constructed when Pimlico opened in 1870. The Victorian building was destroyed by fire in June 1966. Finally, the winners are presented with a replica – perhaps the coolest trophy in all of sports.

Now that we’ve gotten the preliminaries out of the way, you might be wondering why we’re jumping to a race more than 4 weeks away. Well, StableDuel has a massive surprise for you – a huge $50,000 Preakness Championship Game preceded by our MARCH TO MARYLAND series!

The series is comprised of 15 Feeder games where the cash entries will add up to the $1000 Championship game entry. For instance, this Saturday will kick off the series with a $50 entry and for ever 23 entries, one $1000 Championship game entry will be awarded.  No cash prizes will be awarded in these feeder games, unless the overfill does NOT equate to the minimum entries necessary for a game entry. That overfill will be paid as entry refunds to places past winners of the entry. If the contest entries do not meet the minimum for one entry, the contest will be cancelled and all entries will be refunded.

You know what else is important to note about these feeder games? We are offering our LOWEST takeout yet at 15%.

Check out the feeder schedule below:

The March to Maryland Feeder series has been cancelled. Preakness games will still be offered on the day and the contest guidelines are TBD.