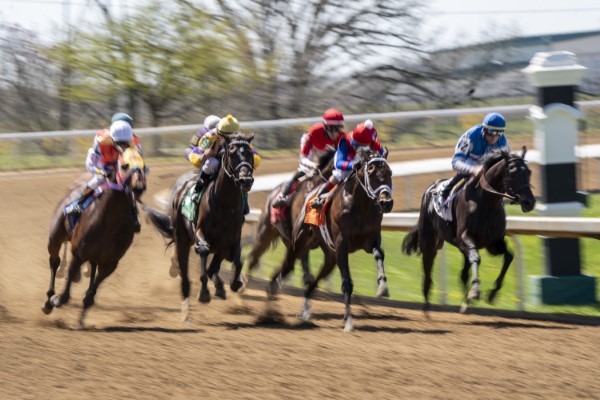 In the Bluegrass State the leaves are on the trees, the weather is warming up and the grass is…green. It’s spring in Lexington and it is party time! The only thing you need to know about April in Kentucky is Keeneland. That’s it. That’s the blog. That’s all you need.

Keeneland is, in addition to a Zen-like state of mind, a racetrack in Lexington, formally known as Keeneland Race Course, that hosts two premier race meetings per year – one in spring and one in fall. Opened in October 1936, Keeneland has developed a reputation as a showplace for high quality racing. Year after year, the Keeneland race meetings attract the best trainers and jockeys in the game. Naturally, StableDuel is there! We could not possibly be more excited to kick off opening weekend with great contests starting on Friday, April 8 and going all weekend – including the huge $12,500 Blue Grass Bounty game on Saturday for the grade 1 (that’s the highest level of race in thoroughbred racing) Blue Grass Stakes (the last major prep race in Kentucky for the Kentucky Derby).

The leading trainers were:

Now, let’s take a deeper dive into some of the particulars the Spring meet. Some handicappers believe that post position matters – after all horses on the part of the track closest to the inside rail travel a shorter distance to the wire, right? Let’s see! Here are the results by post position, from a total of 90 races on dirt and 42 races on turf:

OK! So, now that we have few tools in the toolbox, let’s get to handicapping! Tomorrow, we start our analysis of some Hero Horses on opening day and preview the big Saturday stakes!