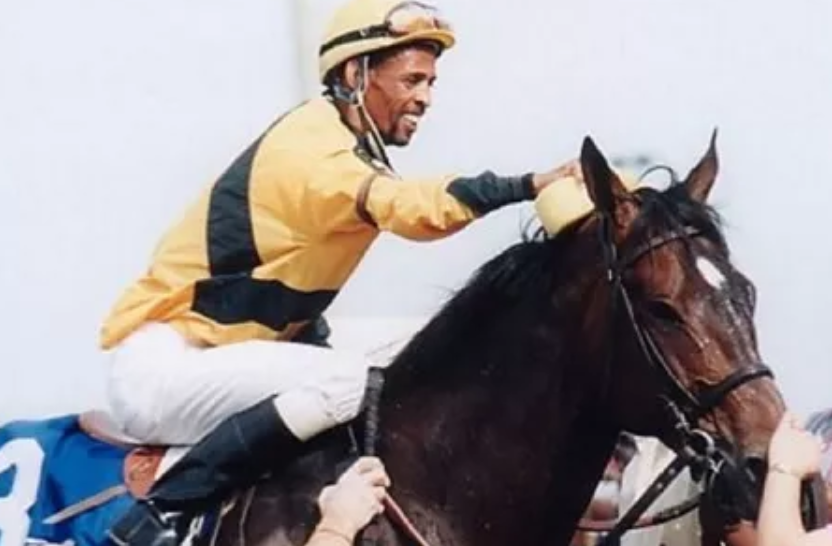 It appears as if I have survived week one at StableDuel and have been granted access to the building for another week. That’s great news for you as we have a big week coming up that includes our Delta Downs Turkey Bowl among some other pumped up promotions. Speaking of Delta Downs, I’m sure we’ve all heard crazy stories that have become legends around the track and the stories grow over the years, but Delta Downs is home to one of the most bizarre stories I have ever read. Yes, even more bizarre than The Weeknd’s face at the American Music Awards last night.

Let me set the scene: It’s January 11th, 1990 and horses are coming onto the track for the 11th race. It appears to be a normal $2500 claiming race, that featured a 9-horse field, except for the dense fog that had come over the grounds. Sylvester Carmouche, Kendrick’s father, was on a 23-1 longshot named Landing Officer. Now to be a 23-1 longshot in a $2500 claimer, your past performance charts aren’t going to have much to talk about.

Well, the gate opens and the horses “thunder” along the track and past the wire for the first time and the crowd catches a glimpse of the runners as they disappear back into the fog. Then as the horses come for home, the crowd is shocked as Landing Officer comes home 24 lengths ahead of the 2nd place finisher (84 points on StableDuel had it existed back then). Not only that but Landing Officer had found speed it had never shown, finishing up 1.2 seconds off the track record. The entire crowd at Delta Downs was stunned.

It didn’t take long for one of the jockeys to file an objection with the stewards. The jockey claimed that he was leading the race down the backside and out of nowhere a horse appeared briefly and then disappeared in the fog in front of him. The stewards reviewed the tape and although they couldn’t make out the numbers on the video, they noticed only 8 horses come by the first time and 9 come home at the finish. Carmouche swore that his horse had broken wide and led the race from the beginning. After 15 minutes of deliberation, the stewards disqualified Landing Officer and placed him last. 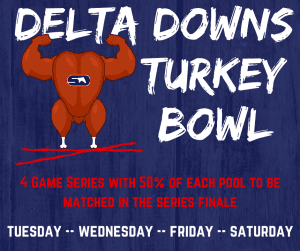 Carmouche finally admitted to what he had done and was given a 10-year suspension of which he served 8 years. He was also criminally charged and received a 30-day jail sentence (20 days suspended) along with fines and court costs. This incident also landed Sylvester Carmouche at number 11 on an ESPN article titled “25 great Hoaxes, Cheats and Frauds in Sports”  (https://www.espn.com/olympics/columns/story?id=2039471 ).

We love a good racetrack story and this one does not disappoint. Less scandalous but still something interesting, Delta Downs is the only track that two Thoroughbred TWINS (rare to non-existent) ran in the same race…and never again.

Well cheers to another fun track added to the StableDuel roster and it is coming out STRONG with the DELTA DOWNS TURKEY BOWL. 4 games starting Tuesday and finishing up Saturday. How’s it work? 50% of each of the first three contest prize pools will be matched by us and added to the prize pool for Saturday. The more players/entries, the bigger the pot on the day and then on Saturday. 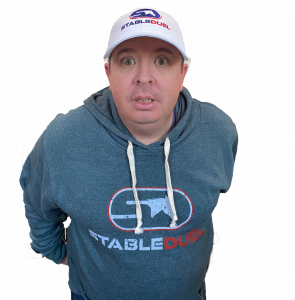 Brian Howard – aka BHo – joined StableDuel last week to add some interesting perspective to the Marketing Department. A degenerate from birth, BHo started his racing interest at River Downs along side his grandfather….lots more stories to come just from that alone.