Catching Up with the Final Furlong $20K Challenge Winner 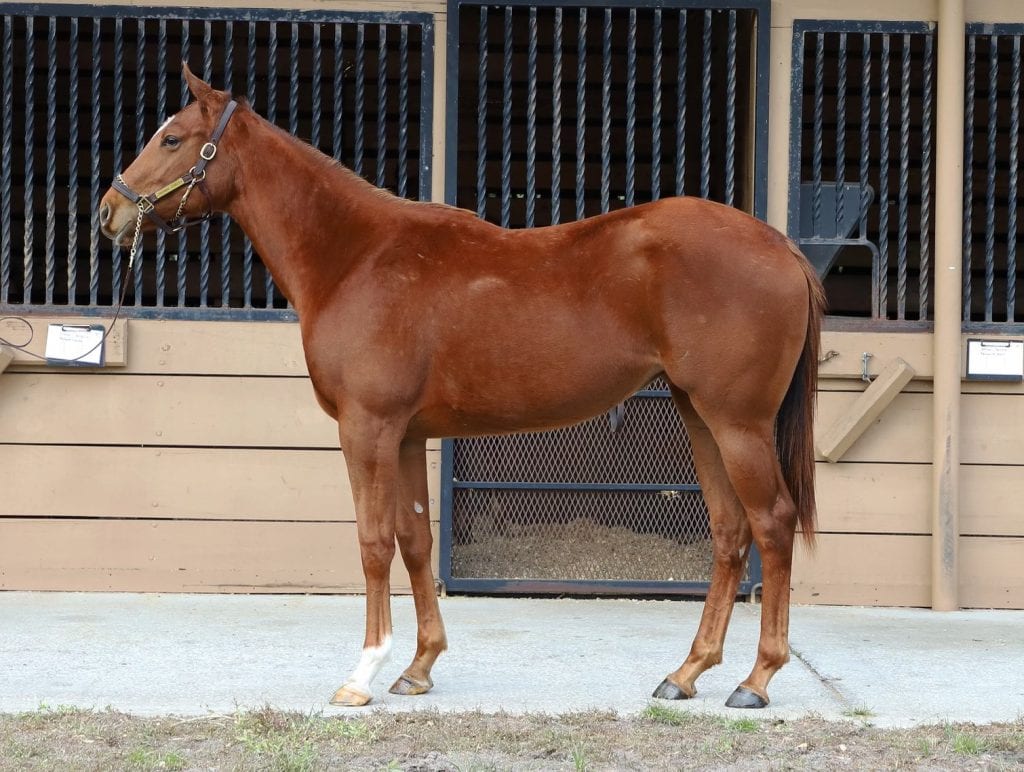 Last weekend, StableDuel offered one of the most unique prizes ever in the Final Furlong $20,000 Challenge. As if the $20,000 wasn’t enough, Final Furlong Racing offered a 1% share of a Mr. Z filly named Chasing Daylight. This weekend, I had the pleasure to speak with the winner of this contest, Elizabeth Bennett.

Elizabeth lives in New York where she works full time on a local horse farm foal watching and doing various other duties. Three months ago, she found out about StableDuel through a horse racing group on Facebook and decided to give it a shot. She told me that her impressions of the Stableduel app was that it was a fun exciting game and very easy to use. Although she had mostly played smaller buy-in games, she couldn’t get her mind off of the $20,000 Final Furlong Challenge and kept going back and forth over whether to pony up the $150 buy-in and take a shot. “Something kept drawing me to the game”, she said. On the day of the contest, she received an email reminding players about the contest and she finally pulled the trigger and entered her stable. She used her favorite handicapping style, which was rightfully kept secret, and picked out her 10 horses. The rest is history.

Elizabeth carried on about her day and checked in on her entry after a few races. She saw that she was in the lead but stayed grounded as she new there were a lot of races left. “My daughters were very excited, and I told them to calm down because there was a lot of races left”, Elizabeth told me. It was probably best for her nerves that she didn’t check again until after the contest was over. After hitting winners in 3 of the first 4 races, and 4 of the first 6 races, she slipped out of the lead with one horse remaining in her stable. Lucky for her, Largent won the feature by 2 lengths adding 62 points to her entry and virtually sealing up the win. Elizabeth checked her entry again and saw that she had finished first, but still waited to celebrate until she was contacted by StableDuel to confirm her win.

Now that she has won, she is excited to be an owner with Final Furlong Racing. Being from New York, she knows that Chasing Daylight is a NY bred and that Final Furlong likes to put their horses in races in New York, which will provide her a better chance on making a race to watch her filly run.

Elizabeth is far from the only female to be successful on our site. So I asked her, “what would you tell other females that are considering playing StableDuel, but haven’t pulled the trigger yet?” She responded with one point, “try it and you will fall in love”.

Once again, the StableDuel team would like to congratulate Elizabeth on her historic win and look to provide more unique prizes for our contests in the future. We can’t thank Final Furlong enough for teaming up with us to offer such an exciting prize. Much more to come!